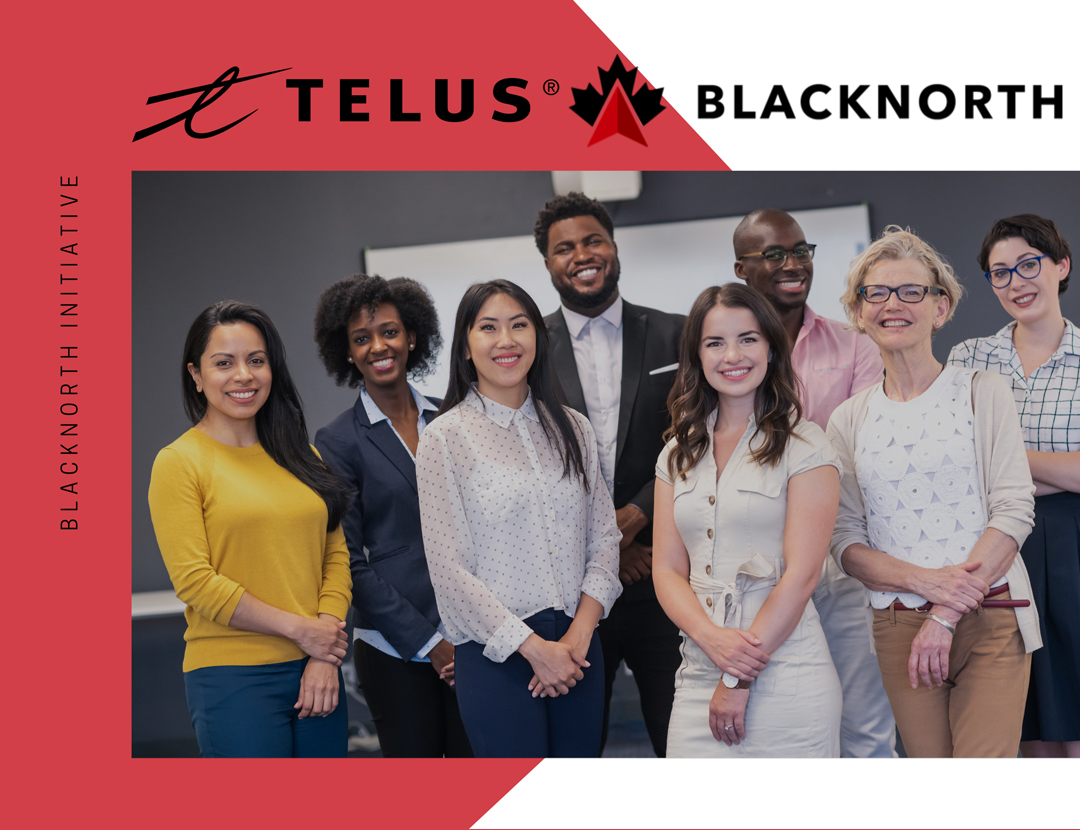 TELUS is one of only a few Canadian corporations to adopt diversity policies and targets beyond gender, ensuring diverse representation at the highest level of its leadership

Toronto, ON – Today the BlackNorth Initiative recognizes TELUS for being a Canadian leader in diversity and inclusion and one of a small number of Canadian publicly traded companies to adopt Board targets that include visible minority and Indigenous representation. TELUS has set a target to have at least two Board members who represent a visible minority or Indigenous groups by its annual meeting in 2023. According to the Osler 2020 Diversity Disclosure Practices report, which reviewed the disclosure provided by 231 publicly traded corporations governed by the Canada Business Corporations Act, only 1.5 per cent of these organizations have disclosed policies covering members of visible minorities, Indigenous peoples and/or persons with disabilities[1]. After exceeding its target for gender diversity with women representing 45 per cent of its independent Board member roles in 2020, TELUS is now on track to surpass its new diversity targets two years early at its upcoming annual general meeting in May 2021.

“The need for diversity to be incorporated into an organization’s corporate governance has been a point of discussion for many years among investors, regulators, and in the media. By setting strong diversity targets, TELUS is demonstrating its leadership and signalling that the time is now to take action,” said Wes Hall, Founder and Chairman of the BlackNorth Initiative. “A diverse and representative board of directors is key to success. Boards with a diversity of perspectives, cultures and ways of thinking are better equipped to make decisions that anticipate challenges, assess risks, and identify opportunities. Like Darren Entwistle’s commitment to the BlackNorth Initiative CEO pledge, these targets set the right tone for the entire organization and play an important role in attracting and retaining talent. I look forward to seeing how TELUS continues to lead and foster a diverse workforce and the positive impact it will have for the company and its employees.”

TELUS, a world-leading Canadian telecommunications technology company and leader in social capitalism, is committed to promoting diversity in all its forms across the organization, and to bringing together a team that reflects the communities in which it operates. Last year, TELUS CEO Darren Entwistle signed the Black North Initiative’s CEO pledge, acknowledging the existence of anti-Black systemic racism in Canada and the need to create opportunities within TELUS for Black team members and potential employees. As part of the pledge, TELUS has committed that 3.5 per cent of its Executive and Board positions will be held by Black leaders by 2025.

“At TELUS, our commitment to diversity and inclusiveness is a cornerstone of the award-winning culture we have built together. It is central to our leadership in social capitalism, reflected in our brand promise of a friendlier future and continues to define us as an organization,” said Mr. Entwistle. “This commitment is led and exemplified by our Board of Directors, reflecting our passionate belief that in order to fully benefit from diversity, we must have the best people, drawn from all constituencies of society. Our Board’s enhancement and evolution of our Board diversity targets represent a further progression of our team’s ongoing efforts to achieve equity, fairness and inclusion across our organization.”

TELUS has enhanced its Board diversity policy to establish specific representation goals for women, visible minorities and Indigenous groups, including:

The BlackNorth Initiative supports companies who have signed the CEO pledge in the development of programs and initiatives focusing on increasing internships, enhanced recruitment, diverse representation in leadership programs, focused sponsorships and mentorships, representation in succession plans, and a requirement of all leaders and employees to participate in unconscious bias and anti-racism training.

The BlackNorth Initiative believes in the importance of planning, managing, and measuring through the development of performance frameworks. This, in turn, establishes accountability, success and cost-effectiveness of any business. What gets measured gets managed. In addition to being morally imperative, diversity and inclusion strategies ensure that employees are empowered and participate in the business to their fullest potential.

[1]Calculated based on the 231 companies that disclosed the existence of a written board policy covering members of visible minorities, Aboriginal peoples and/or persons with disabilities, according to the 2020 Osler Diversity Disclosure Practices Report by Osler, Hoskin & Harcourt, Osler.com, page 44. 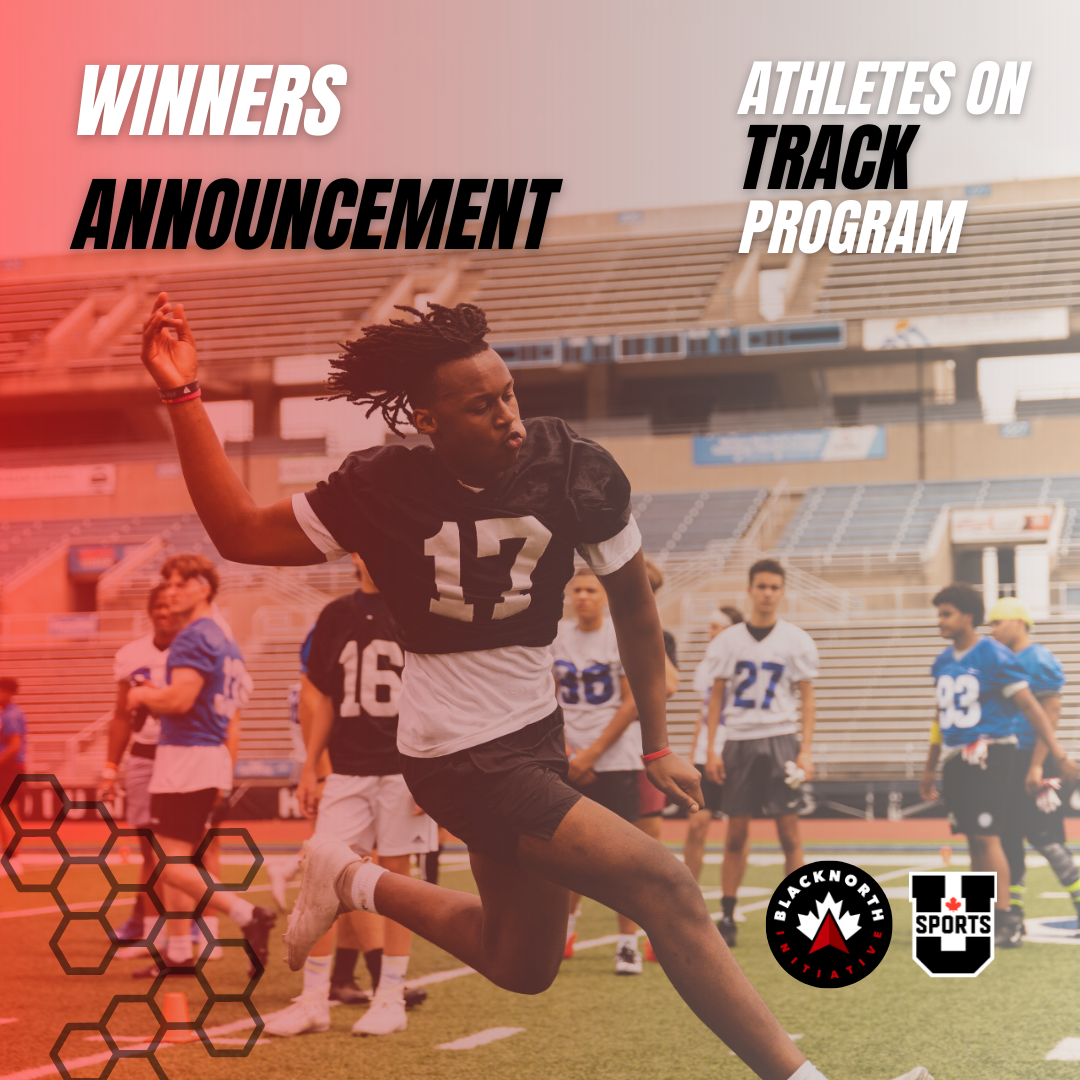 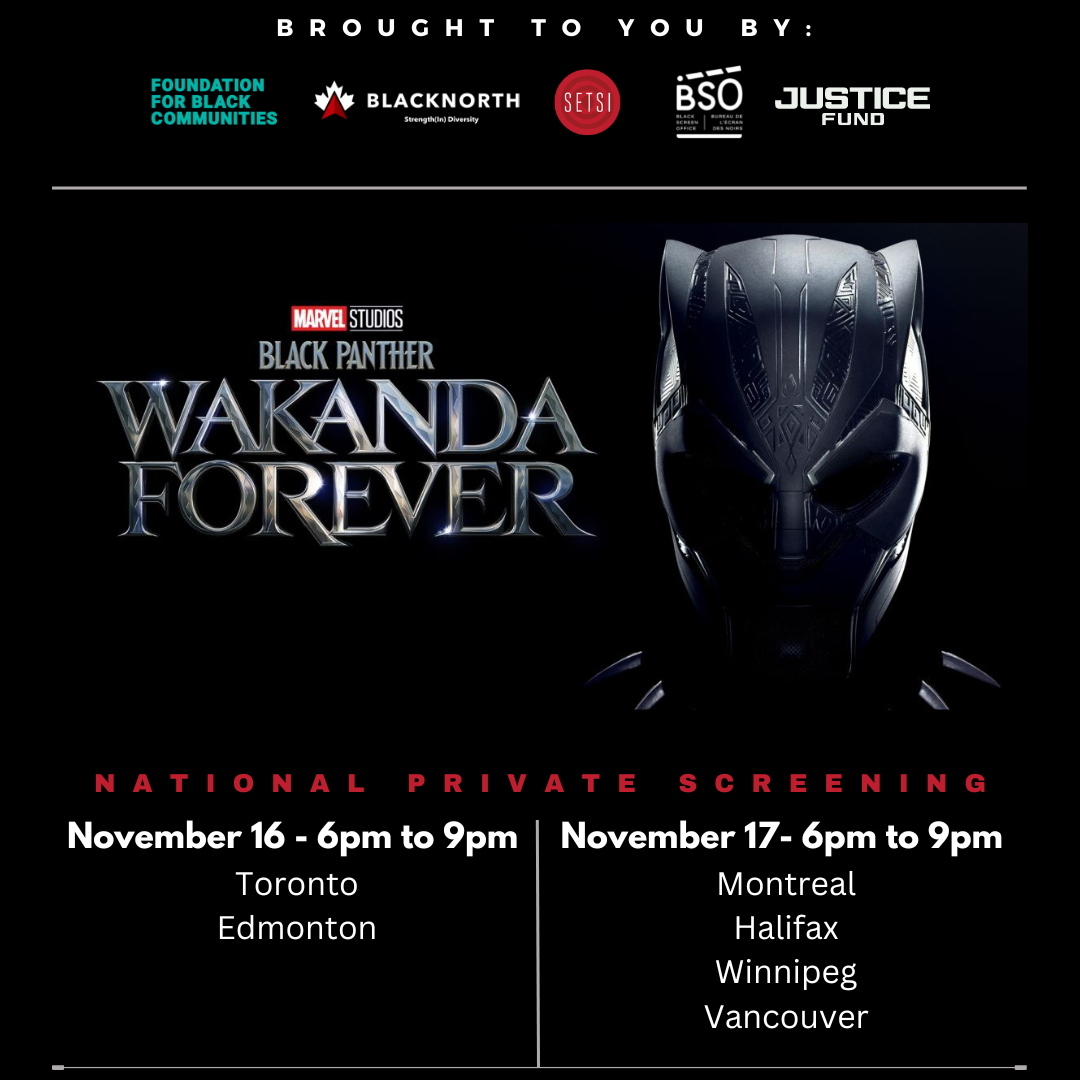 The BlackNorth Initiative brings the World of Wakanda to Canadian Families with the screening of “Black Panther: Wakanda Forever”. 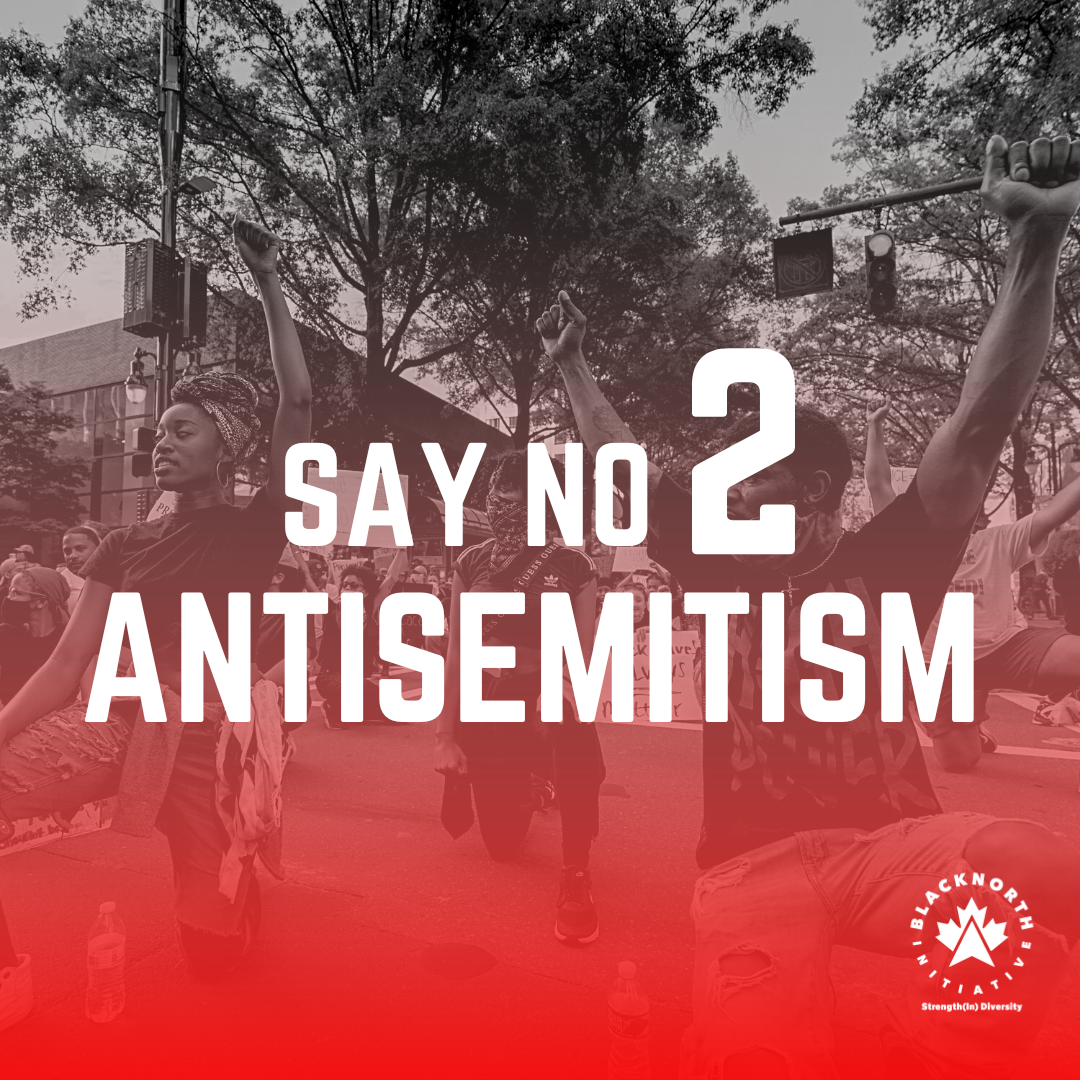 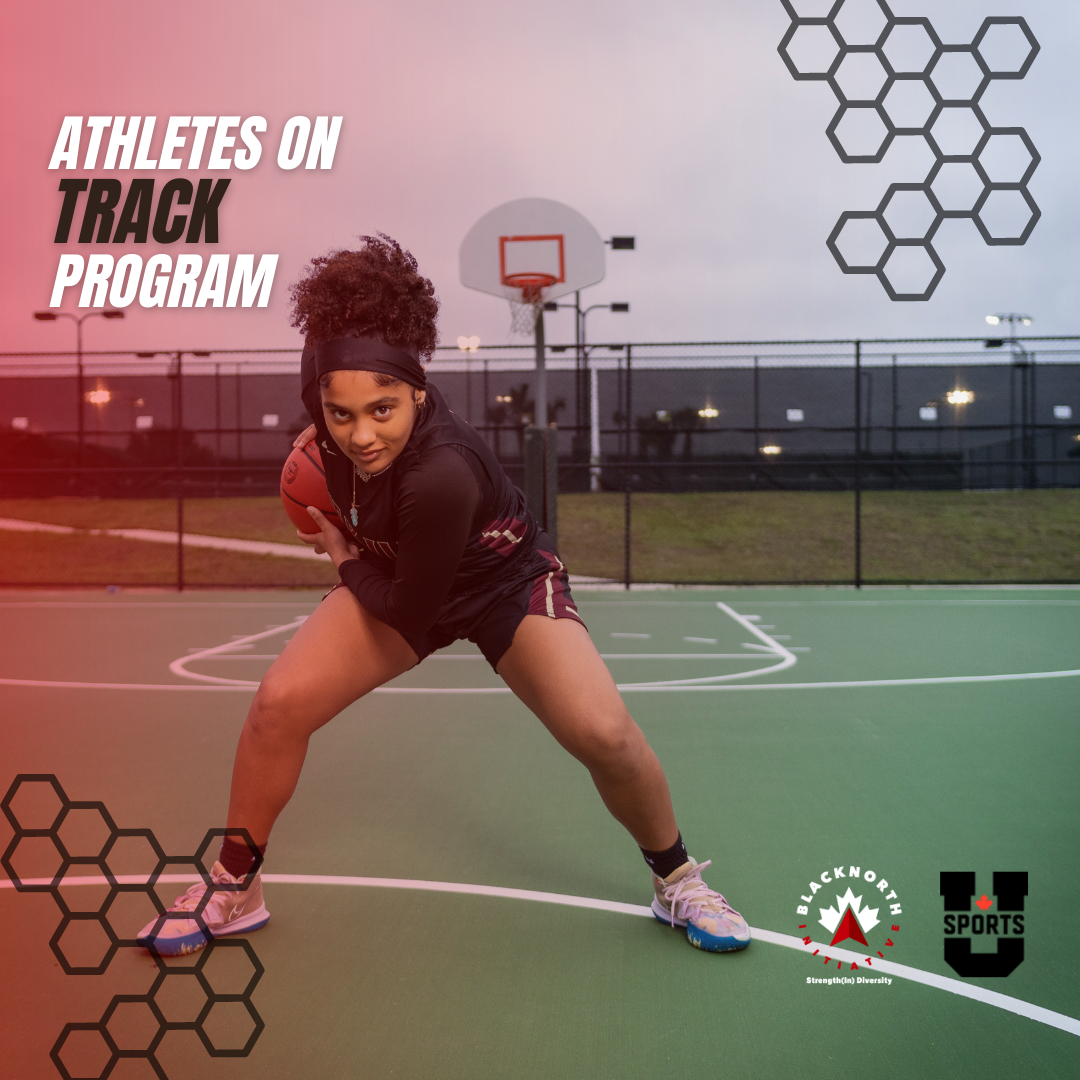